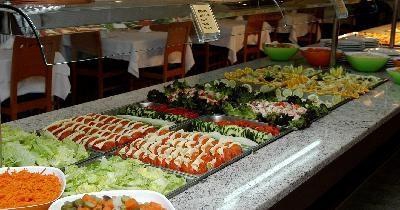 The Internacional Hotel Calella is located near the sea as well as the promenade. Guests will find that the city center is only 300 meters away from the property. The city of Barcelona and its many attractions can also be found only a short drive away. The Internacional Hotel Calella is situated within a short driving distance of the Barcelona Airport. The airport and most Calella points of interest can be easily reached using local taxi cabs or by taking a nearby rental car.

All of the guestrooms at the Internacional Hotel Calella are equipped with wireless Internet access. Each room offers satellite television, phones, and climate controls. Private bathrooms are also included in all guestrooms as well as balconies with views of the sea.

Guests will discover ample shopping and dining selections near the Internacional Hotel Calella. There is a restaurant onsite as well as a bar. The hotel also offers multiple swimming pools, a currency exchange, a game room, and live entertainment.