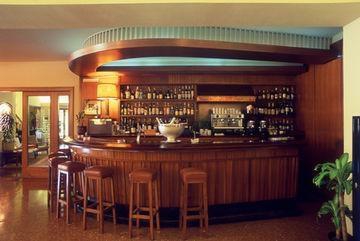 Hotel Restaurante Emporda H&R*** was founded by Josep Mercader i Brugues in 1961. He was one of the most representative figures in Catalan cooking who left a legacy that is upheld today by his son-in-law and successor Jaume Subirosi Jorda along with the Mercader-Subiros family. At the beginning the hotel, better known as El Motel, was a stopping-off point that gradually gained prestige thanks to Josep Mercader i Brugues cooking, which made the restaurant internationally famous. Hard work and the friendly character of the hotel means that it has kept its customers over generations. Hotel Restaurante Emporda H&R has taken part in many Spanish and international food events, has been recognised by the Michelin and CAMPSA guides, its chefs have received chef of the year awards and it has also become part of the Grup Costa Brava and Blau Verd Hotels and Sercotel-Hoteles. Hotel Restaurante Emporda H&R*** in Figueres has 42 fully-equipped rooms: 39 totally renovated double rooms and 3 deluxe suites. There are two types of room available:-Standard or Superior-Executive.